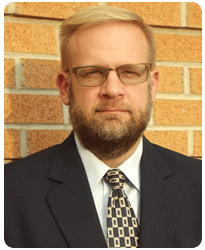 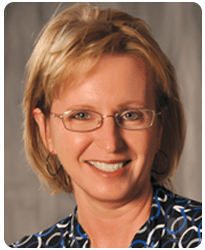 Rhonda Smith is general manager at Leader Publishing Co. of Salem, Inc., publisher of The Salem Leader, The Salem Democrat, Your AD-vantage and salemleader.com. Smith, a native of Washington County, provides leadership and vision to the company by assisting the staff with day to day operations. A 25-year employee, Smith began her career with the newspapers as a production employee, advancing to a clerical position in the office, then office manager and today manages the entire company.

Smith has three grown children and eight grandchildren. She chairs the Education Committee at Canton United Methodist Church and serves on the Salem Senior Center board of directors. Smith has been captain of West-Point Canton United Methodist Relay for Life team, a Big Sister in the Big Brothers Big Sisters program, a member of the Canton Lions Club, and has served as executive secretary of the Indiana Republican Editorial Association. 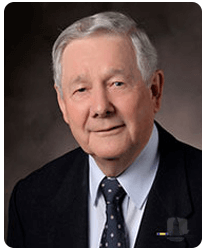 D. Jack Mahuron, a native of Salem, Indiana, is a graduate of Salem High School and attended Clemson University in South Carolina. He is a retired banker having last served as president and vice-chairman of Farmers-Citizens Bank with prior employment at First National Bank of Louisville and National City of Salem-New Albany Banks. Jack is also retired military and served over 45 years in the reserve, retiring as a Major, and was on active duty during WWII and the Korean War. At present he is on the State Armory Board which supervises all fiscal needs and physical properties of the military armories, Camp Atterbury, and Muscatatuck Urban Training Center in Indiana.

Prior to his last appointment to the IU Southeast Board of Advisors, Jack was awarded the Chancellor's Medallion.

Jack is married to the former Carol Baker, and they recently celebrated their 50th wedding anniversary. They have four children and eight grandchildren.

His very active in his community, both locally and statewide.

Eric Zink graduated from the University of Southern Indiana in the fall of 2013 where he obtained a Bachelor of Science degree in Accounting and Professional Services along with a minor in Finance. After graduation Eric moved back to his hometown of Salem where he immediately accepted a position as the Assistant Chief Financial Officer of Hoosier Uplands Economic Development Corporation located in Mitchell, IN. At Hoosier Uplands, he is an active participant on the Planning, Visioning, and Reporting Committee, the Wellness Committee, and the Technology Advisory Group. Eric is also serving as a Board Member of the Washington County Chamber of Commerce.

Eric is the son of Joe and Dee-Dee Zink and has one younger brother, Jason. He was born and raised in Salem, Indiana where he enjoyed participating in football, baseball, basketball, track & field, and racing dirt bikes. His interests include being involved in the community, all levels of sports, riding motorcycles, being outdoors, traveling, and his two dogs. 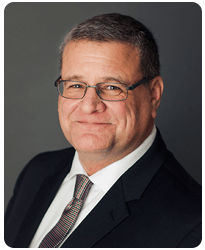 As administrator of St.Vincent Salem Hospital, Mrs. Muntz is responsible for all aspects of nursing, patient care, operations, finances, physician relations, strategic planning, clinical program development, and works with community members/leaders throughout Washington County. In addition, she participates in St. Vincent Health southern Indiana regional operations efforts, which includes St. Vincent Jennings Hospital in North Vernon, IN and St. Vincent Dunn Hospital in Bedford, IN. Dana is the President of the Washington County Chamber of Commerce and sits on the Work One Board of Southern Indiana along with the Washington County Economic Growth Partnership Board.

Mrs. Muntz earned her Bachelor in Nursing degree from IU Southeast and her Masters in Business Administration from Indiana Wesleyan University.

Washington County Board of Commissioners